ONLY OPEN TO MEMBERS AND THEIR GUESTS

On Monday, 17 May, starting at 2.30pm sharp, we’re going to go for a walk on the wild side! But fear not, it just means that we will be walking amongst the trees in the forest behind Château Ste Anne for a change. The pathways are a little rougher than at Tervuren and there are two very gentle slopes, but they shouldn’t be a problem for anybody. We will take it at an easy pace so that you can enjoy the woodland scenery and perhaps do a bit of birdwatching. These woodlands are often neglected because people tend to go to the better-known Rouge Cloître woods, however they really come into their own in the spring, when the bluebells are out. No need to go all the way to the Hallerbos to see them! Next year we will try to go at bluebell time.
MEETING POINT
By bus   Take STIB 34 bus to its terminus at Carrefour Ste Anne. Do make sure that it says STE ANNE/SINT ANNA on the front, as a few go somewhere else. There is a footnote to this effect in the STIB timetable.
By car   The easiest approach is from the Chaussée de Tervuren, via Drève des deux Moutiers, which is where the bus goes. There is ample parking space around Carrefour Ste Anne, but park on one of the other roads that come off the roundabout, i.e. Drève du Prieuré, Avenue Val Duchesse or Avenue Cardinal Micara. It is also possible to get to Ste Anne from the Avenue de Tervuren via Avenue Marquis de Villalobar, which leads into Drève du Prieuré.

There is an automatic, self-cleaning public toilet at the terminus which costs 50 cents.

Finally, if you are coming by car and it looks as though you are going to be late, you can always drive straight to the top of Avenue Cardinal Micara, where the entrance to the woods is, and park there. There is only one entrance.

I want to attend 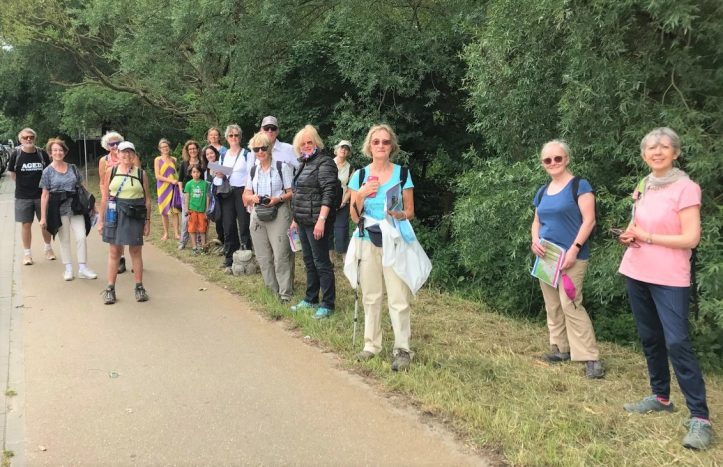 Join an activity as Guest

Please fill up the form below in order to register. Or something like that.